An Introduction to Philosophy 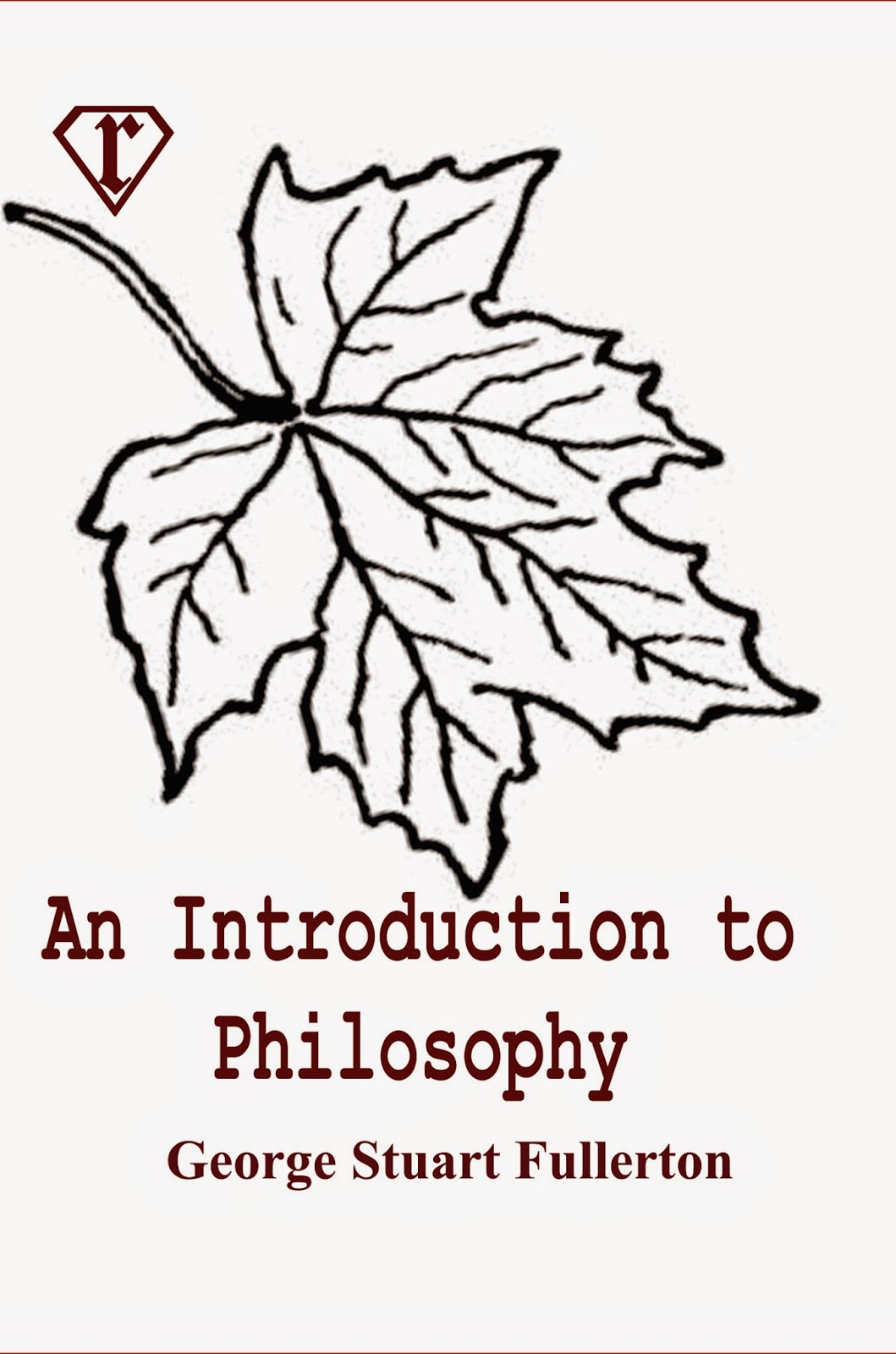 George Stuart Fullerton (1859–1925) was an American philosopher and psychologist. He was the host of the first annual meeting of the American Psychological Association in 1892 at the University of Pennsylvania, and the APA's fifth president, in 1896. Fullerton was born at Fatehgarh, India; graduated in 1879 from the University of Pennsylvania and in 1884 from Yale Divinity School; and returned to Pennsylvania to be an instructor, adjunct professor, and dean of the department of philosophy, dean of the college, and vice provost of the university. In 1904 he was appointed professor of philosophy at Columbia University, and served as head of the department. In 1914, while he was exchange professor at the University of Vienna, World War I broke out. Fullerton was imprisoned as a civilian enemy national. He remained imprisoned for four years, until the end of the war, and conditions were so harsh that he returned to the U.S. with his health permanently damaged. Nearly an invalid for the last decade of his life, Fullerton committed suicide at the age of 66.

The book “An Introduction to Philosophy” has been made as clear and simple as possible- that no unnecessary difficulties may be placed in the path of those who enter upon the thorny road of philosophical reflection. This book helps the beginner in philosophy to get familiarized with some of the terms, names, theories, and even philosophies. It is a very good point to start from or even to refresh the mind of those costumed to deal with philosophy. It undertakes — 1. To point out what the word "philosophy" is made to cover in our universities and colleges at the present day, and to show why it is given this meaning. 2. To explain the nature of reflective or philosophical thinking, and to show how it differs from common thought and from science. 3. To give a general view of the main problems with which philosophers have felt called upon to deal. 4. To give an account of some of the more important types of philosophical doctrine which have arisen out of the consideration of such problems. 5. To indicate the relation of philosophy to the so-called philosophical sciences, and to the other sciences. 6. To show, finally, that the study of philosophy is of value to us all, and to give some practical admonitions on spirit and method.
Posted by Ruby Press Co. at 04:29

Ruby Press Co.
Ruby Press & Co., over the last few years, has emerged as a leading international publisher of Literature, Reference, Coffee Table, Travelogue, Science & Technology, Engineering, and General Books. Ruby Press & Co. is growing with a remarkable programme of new titles including state-of-the-art monographs and proceeding volumes being published each year. The publication endorses scholars along with young and fresh talents through publication of advancing knowledge and research. Ruby Press & Co. always welcomes young and talented authors/writers with excellent manuscript in the above cited field/subject.